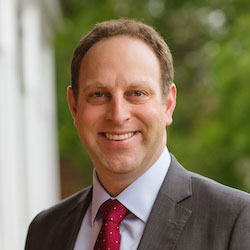 Ashley is Director of Government, Policy & Strategy at Australian Catholic University. Prior to joining ACU, Ashley served as Deputy Chief of Staff to then federal minister The Hon Chris Bowen MP and as Senior Adviser to then Attorney-General The Hon Mark Dreyfus QC MP. He has also worked as a journalist at The Australian Financial Review and as a lawyer at Allens.

Ashley has undergraduate degrees in Law (Hons) and Arts (Political Science) from the University of Melbourne and a Master’s degree in International Relations from the University of Nottingham in the United Kingdom. He is also a non-executive director of Global Voices, a not-for profit organisation that provides the next generation of Australia's foreign policy leaders with practical experience in international relations.

Ashley has a personal interest in the development of treatments for sleep disorders and the recognition in public health contexts of the importance of sleep.