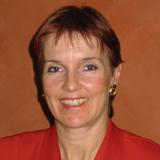 According to leading sleep researcher Dr Sarah Blunden, who partnered with Philips put together the new Sleep Module for its SimplyHealthy@Schools program, the effect on young children of not getting enough sleep is not what you might think it would be.

"Rather than falling asleep during the day, young children who don't get enough sleep typically become hyperactive, with a tendency to get angry faster, be more aggressive and have poor attention spans," she says. "As a result, they are often mislabeled as 'difficult children'."

Her research also shows that it's not just a child's behavior that is affected.

"Poor sleep can result in memory and attention lapses, difficulty learning and with school work, you can get sick more often and have more accidents and even be more likely to be overweight".

However, one of the problems associated with today's busy lifestyles is that sleep takes second place.

"In the 24-hour society that we live in we have found that even children as young as five are foregoing sleep in order to do things that they consider more important," says Dr Blunden. "Yet we know that if someone suffers poor sleep as a young child, their sleep problems can stay with them through their school years and into adulthood."

That makes getting the good sleep message across as early as possible especially important, which is why Philips teamed up with Dr Blunden to develop a new sleep module for the company SimplyHealthy@Schools child learning program.

"Through initiatives such as SimplyHealthy@Schools, Philips not only has the commitment but also the resources and infrastructure to get healthy lifestyle messages out to the community. When it comes to getting across the importance of sleep, that's a passion that I share with them," she says.

"Helping children to learn about sleep and showing them what they can do to improve it and make themselves feel better is a really nice exercise."