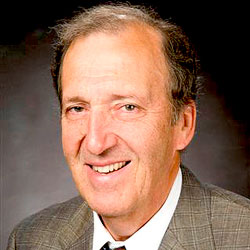 The Sleep Health Foundation is delighted and proud to congratulate Professor David Hillman, who has been recognised in the 2018 Queen's Birthday Honours List for significant service to medicine as an anaesthesiologist and physician, to medical research into sleep disorders, and to professional organisations.

Based in Perth, Professor David Hillman is an anaesthetist, physician and scientist who specialises in sleep medicine. Professor Hillman has made many outstanding, high impact, original contributions to the fields of sleep medicine, sleep science and sleep health in Australia and internationally. He has been a key contributor to the growth of sleep medicine and sleep science in Australia, including the development of policy and clinical standards within the profession and with industry. He has been a leader in sleep education and training in Australia and continues to be one of the strongest advocates for sleep health to the Australian general public and to State and Federal politicians. He has published extensively on respiratory and upper airway physiology and their relationship to sleep disorders and anaesthesia and is now leading an international effort to explore the substantial common ground that exists between anaesthesiology and sleep medicine and the anaesthetic and sleep states.

Professor Hillman is a fellow of the Australian and New Zealand College of Anaesthetists, the Royal College of Physicians of Edinburgh and an honorary fellow of the Royal Australasian College of Physicians. He is past Head of the Department of Pulmonary Physiology and Sleep Medicine at Sir Charles Gairdner Hospital, past Director of the West Australian Sleep Disorders Research Institute and is a Clinical Professor at the University of Western Australia. Professor Hillman is the Founding Chair of the Sleep Health Foundation (since 2009), an Associate Editor of Sleep, Inaugural Chair of the Sleep Health Foundation (2009-16) and currently deputy Chair. He is a past President of the Australasian Sleep Association (2007-2009) and the inaugural President of the Society for Anaesthesia and Sleep Medicine, he served as Chairman of the Board of Directors, and Chairman of the Executive Committee.

Professor Hillman has published over 150 manuscripts and book chapters, is regularly invited to be a plenary speaker at National and International conferences, holds several international patents, has received substantial competitive research grant funding and has supervised many postgraduate students and advanced trainees in sleep medicine.

Professor David Hillman is an outstanding recipient of the MEMBER (AM) IN THE GENERAL DIVISION OF THE ORDER OF AUSTRALIA.