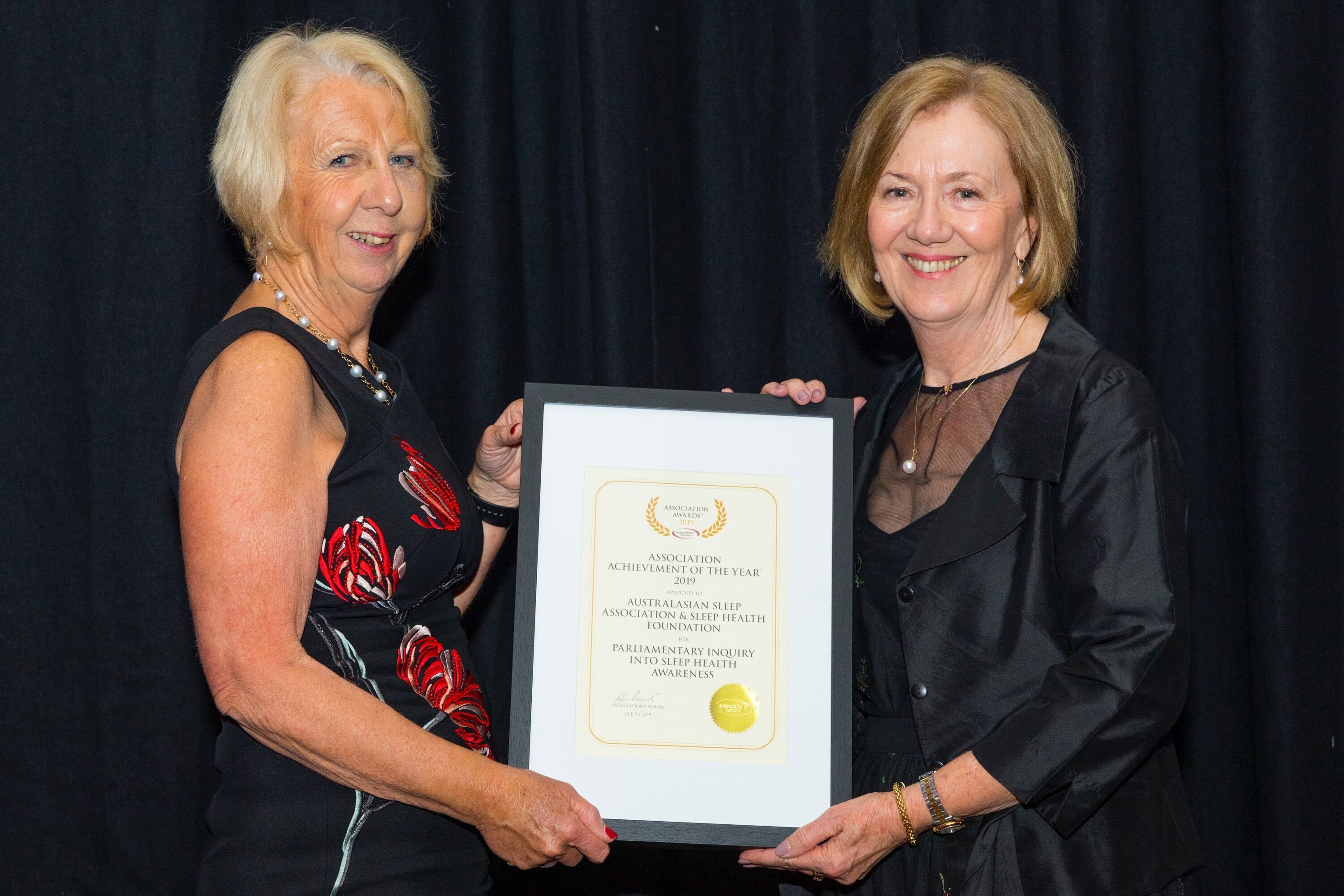 We are proud to announce that the Achievement of the Year Award at the Associations Forum National Conference in Canberra this week was awarded jointly to the Australasian Sleep Association and Sleep Health Foundation for successfully advocating for the Federal Government to call a Parliamentary Inquiry into Sleep Health Awareness. This is a highly competitive and prestigious award which was accepted on behalf of the two organisations by Stephanie Blower and Helen Burdette.

A key recommendation from the Inquiry was the acknowledgement of sleep as the third pillar of good health, alongside healthy eating and exercise, paving the way for policy development in the area with an avenue to obtain funding.

The commitment and dedication shown by the two volunteer Boards and members of both associations has been outstanding, and everyone involved should be commended for the energy, drive and passion they provided in achieving a successful outcome.

The success should not be underestimated. We are two relatively small associations, with a total combined staff of three FTE’s. We have demonstrated what is possible when two like-minded not-for- profit organisations join together on an important issue.

Having the Federal Government call a Parliamentary Inquiry, seek submissions, hold hearings and table a report  was a success, as was the Government’s acknowledgement that good sleep should be considered a national health priority. The next step for our organisations is to encourage the newly re-elected Coalition Government to provide funding for all of the 11 recommendations in its report.

Sleep Health Foundation Mission: to improve people’s lives through better sleep by helping people to understand the value of getting a good night’s sleep.

Australasian Sleep Association Mission: to lead and promote sleep health and sleep science in Australia and New Zealand and to facilitate professional development.

The two organisations have been working closely since 2011 and have achieved a number of major milestones in that time including:

“Government needs to recognise sleep as the third pillar of health, alongside diet and exercise,” and “A Parliamentary Inquiry was the way to achieve this”.

Thank you to the members and stakeholders of both our organisations for their continued encouragement and support.