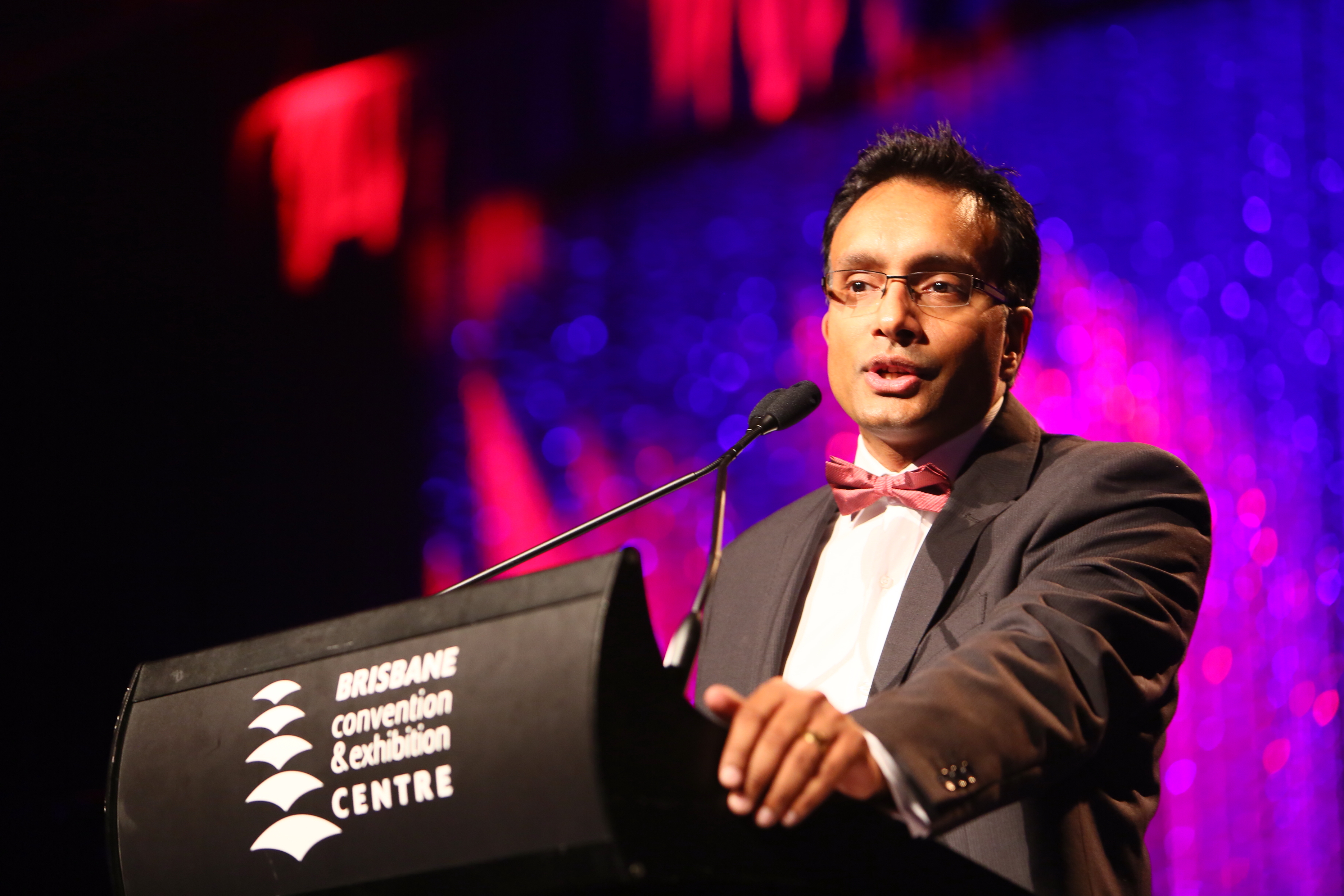 The Sleep Health Foundation is delighted to announce the appointment of Shantha Rajaratnam as its new Chair. Shantha takes the reins from longstanding board member Dorothy Bruck, who has stepped down after four years as Chair.

Professor Shantha Rajaratnam has a notable career studying circadian rhythms and the impact of their disruption on health, safety and productivity. He was awarded his PhD degree from Monash University in 1998, and completed a Bachelor of Laws degree in 2000. He undertook postdoctoral training at the Centre for Chronobiology at the University of Surrey, UK from 2000-2002, where he investigated human sleep-wake regulation, in particular the role of melatonin. In 2004 he took up a visiting academic position at Harvard Medical School and Brigham and Women's Hospital, Boston, USA. He returned to Monash in 2006 and established the Monash Sleep Network, which combines scientific and clinical expertise in sleep medicine within the University and the affiliated hospitals. He continues to hold academic appointments at Harvard Medical School and the Brigham and Women's Hospital in Boston, and an adjunct research appointment at the Institute for Breathing and Sleep at Austin Health. He is the Deputy Director of the Turner Institute for Brain and Mental Health at Monash University.

Shantha has been a member of the Sleep Health Foundation’s Board since 2015, and previously served on the Board at the time of its formation.

“I’m extremely honoured to serve the Sleep Health Foundation as its new Chair. Since joining the Board, I have seen the influence and impact of the Foundation grow substantially. Through the tireless advocacy and media activity of Dorothy Bruck and the Board, Australians now have a greater awareness of the importance of sleep on their health and wellbeing.  With the support of the Board, I plan to continue this great work,” said Shantha.

The Board and Executive Officer Helen Burdette offer their immense thanks and gratitude to Dorothy Bruck for her longstanding commitment to the Sleep Health Foundation and leadership as Chair.

“Dorothy’s time as Chair has been defined by prolific activity in the sleep health space. She has guided the development of substantial educational resources for the community, research into the public health aspects of sleep problems and engagement with other professional organisations and community leaders,” said Board member Darren Mansfield.

“During her tenure, Dorothy led the Foundation’s engagement with the nation’s political leaders, culminating in the 2019 parliamentary inquiry into sleep health awareness, a defining moment for Australia’s sleep health. Over the last six months she has guided the Foundation through the challenges of COVID19 pandemic with immense poise and grace, and we are delighted that she has agreed to continue to serve on the Foundation Board,” Darren said.

About the Sleep Health Foundation

The Sleep Health Foundation is Australia's leading advocate for healthy sleep. Our mission is to improve people’s lives through better sleep. We are spreading the sleep health message through a strong media and internet presence, engagement with community leaders, interaction with other health bodies, and an ongoing program of development and distribution of educational information designed for the public by sleep experts.