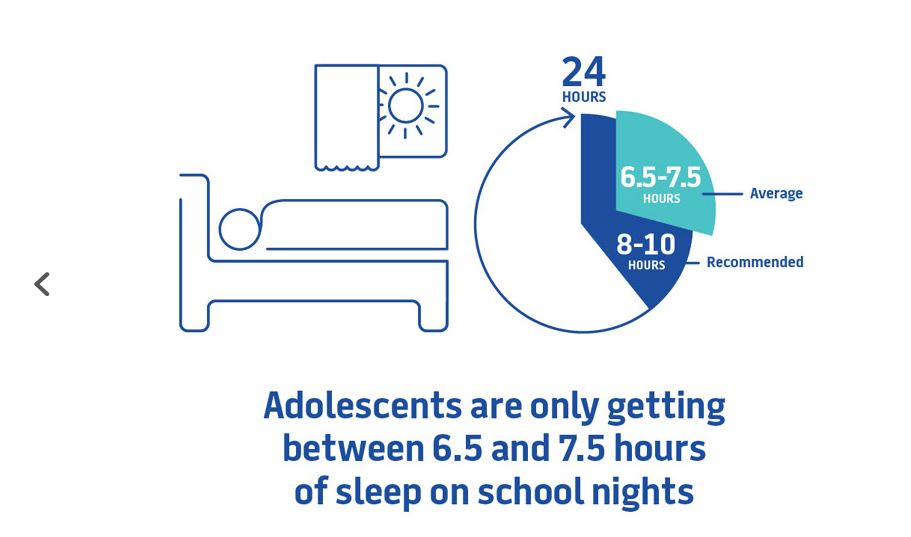 A new research report from health promotion foundation VicHealth and the Sleep Health Foundation has found Australian teenagers are missing out on crucial sleep, with screen time, caffeine and stress keeping them awake.The research found that the average teenager only got between 6.5 and 7.5 hours of sleep a night, well under the recommended 8-10 hours, and it was seriously impacting their mental wellbeing, with increased rates of depression, anxiety and low self-esteem among sleep-deprived teens.

But the study also found a simple way for teens to reclaim some much needed shut-eye. Teens who put down their smart-phones an hour before bed gained an extra 21 minutes sleep a night and an hour and 45 minutes over the school week.

VicHealth CEO Jerril Rechter said not getting enough sleep was a serious health issue for many Australian teenagers and young people.

“Not getting enough sleep can really mess with all of us but young people in particular are at risk of a range of mental health issues such as depression, anxiety, low self-esteem and mood issues,” Ms Rechter said.

“Our report also found that sleep problems during childhood and as a teenager can lead to depression later in life. Sadly poor sleep is also associated with suicidal thoughts in teenagers so it’s really critical we support young people to get the sleep they need.

“We know that the increasing time teens spend on screen-based devices is making it really tough for many to get to sleep. There’s no denying that devices are a part of our life but our research found a simple step like putting away your phone an hour before bed can lead to more sleep and a better quality sleep.”

“The stereotype of a lazy teenager who sleeps all day is actually an anomaly – teens need more sleep than older people yet we know most of them aren’t getting enough,” Professor Bruck said.

“Using technology before bed, caffeine and stress all contribute to later bed times and sleep problems in teenagers and young people.

“There are things teens and their parents can do to get more sleep. During the day try to be physically active and socialise with friends and family. At night set a regular bedtime and read a book or magazine instead of scrolling through social media right before bed.”

The Sleep and Mental Wellbeing report is available at www.vichealth.vic.gov.au/sleep

More information about sleep health is available at https://www.sleephealthfoundation.org.au/