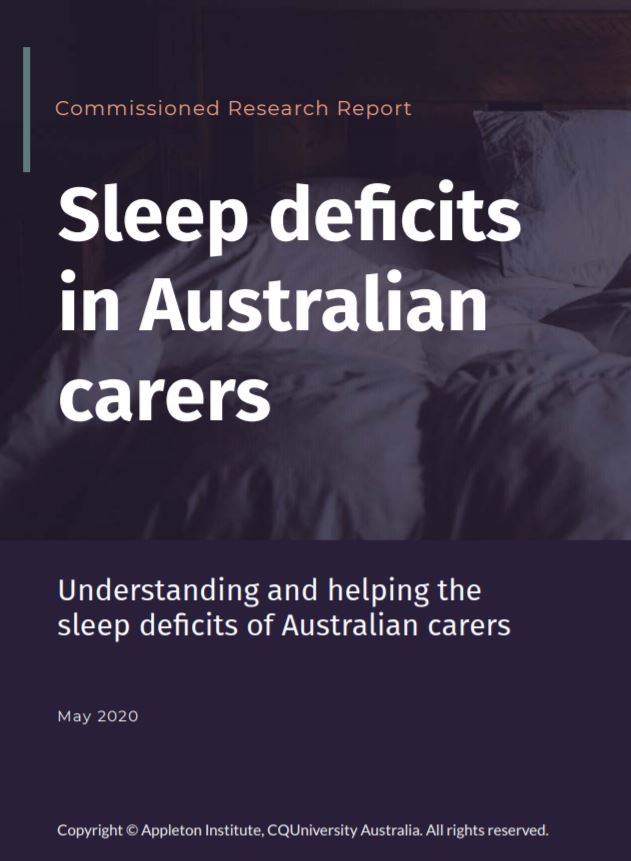 Understanding and helping the sleep deficits of Australian carers
The health and wellbeing of Australia’s 2.65 million unpaid carers is being negatively impacted by significant sleep disruptions, with some reporting as little as 3-hours sleep per night.

An online survey of 500 carers commissioned by Carers Australia and conducted by CQUniversity Australia and the Sleep Health Foundation earlier this year highlighted the prevalence of poor sleep among unpaid carers, with sleep durations well below the recommended hours per night.

‘With the huge demands of the caring role, it is little wonder that up to 75% of carers have reported poor sleep.’

The top three causes of sleep disruption among survey respondents related to concern for and the needs of the care-recipient, with 80% citing worry and rumination about the health and wellbeing of the person being cared for as the most prevalent cause.

‘We know that adequate and quality sleep on a regular basis is critical to both the acute and long-term health and wellbeing of Australians,’ said Ms Callaghan.

‘We also know that the onset of the COVID‑19 pandemic has resulted in an increase in the quantity and intensity of unpaid care being provided, which would only amplify the ill-effects identified in this report.

‘The caring role can be a rewarding one, but is often so demanding. It is clear that there is real and pressing need to support the sleep health and wellbeing of Australia’s unpaid carers.

‘We know that sleep health among carers is particularly poor, and that many unpaid carers do not seek help or consider that the help available is particularly effective. But we also know the importance of sleep health generally and that the promotion of carer sleep among health practitioners must be a priority if we are to improve the levels of carer engagement with relevant supports,’ said Ms Callaghan.

The full report, which was produced with the collaboration of UniSA and Massey University of New Zealand, can be found here.