Rise and try to shine: the social and economic costs of sleep disorders 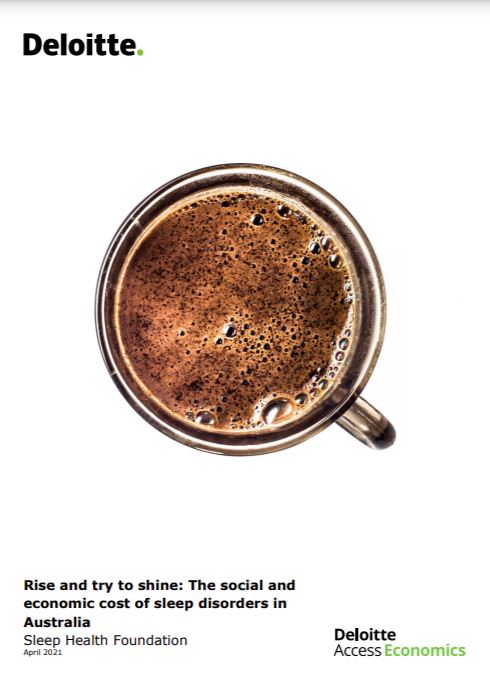 A new report released today released today by the Sleep Health Foundation, estimates around 1 in 10 Australians have a sleep disorder that can substantially affect their well-being, safety and productivity.  Apart from the personal distress these problems cause, the report shows they have a large economic downside.  In the last financial year (2019-20) their estimated overall cost was $14.4 billion in financial costs with a further $36.6 billion in non-financial costs related to lack of well-being.  The financial component is equivalent to 0.73% of Australian gross domestic product.  The nonfinancial cost represents 3.2% of total Australian burden of disease for the year.

The financial costs are dominated by productivity losses of $11 billion and costs associated with increased accident risk.  These costs were distributed across the three major sleep disorders – obstructive sleep apnoea, insomnia and restless legs syndrome.  “What is striking about the results of this analysis is the relatively small amount spent on identifying and treating sleep disorders compared to the large costs of living with their consequences” observes Natasha Doherty, who leads the Deloitte Access Economics Health and Social Policy team.

The report provides further support for interventions to prevent and treat these problems which, alongside poor sleep from work and lifestyle pressures, are an important element of the inadequate sleep crisis affecting Australians.  This crisis was the subject of the report of the National Parliamentary Inquiry into Sleep Health Awareness that was tabled in parliament in April 2019.  It contained 11 recommendations, the first of which was that the “Australian Government prioritise sleep health as a national priority and recognise its importance to health and wellbeing alongside fitness and nutrition”.

Link to Full Report: Rise and try to shine: the social and economic costs of sleep disorders