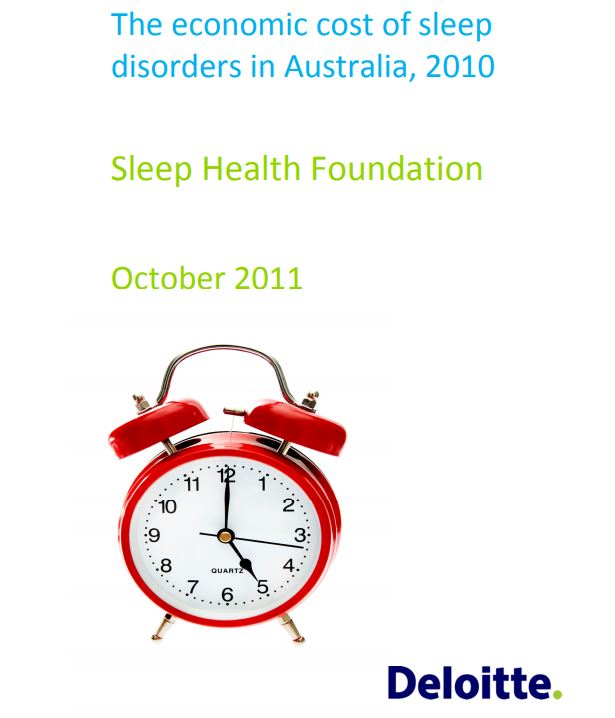 The report looks at the economic impact of major sleep disorders including obstructive sleep apnea, insomnia and restless leg syndrome. While around 9% of the adult population is affected by these disorders, the problem of sleep disorders is in fact greater as only individuals diagnosed with these three conditions have been considered. The report notes better diagnosis and detection, which together with increasing obesity, ageing and stress levels, are increasing the prominence of these conditions. The Sleep Health Foundation is concerned by the scale of problems associated with sleep disorders in Australia.

Poor sleep is increasingly common amongst Australians, with one in three people regularly struggling with their sleep. It is vital that sleep disorders receive increased focus as a health priority. Now that we know the economic costs we hope that we can work with the Australian Government, GPs and employers to re-awaken Australia.

Sleep disorders contribute to other diseases and injuries. The proportion of each condition attributable to a sleep disorder is as follows:

The 'Re-Awakening Australia' report, conducted by Deloitte Access Economics, also found that non-financial costs which place a dollar cost on loss of life quality resulting from sleep disorders contributed a further $31.4 billion per year to the total economic cost.